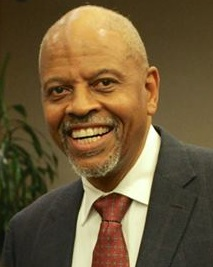 Onnie founded the Family Foundation Fund in 1992 after seeing the plight of the fatherlessness affect in urban and suburban communities in our cities. He was blessed to grow up in a strong Christian family, where his father, Onnie Sr, lived a life of faith and prayer as pastor of the Unity Missionary Baptist Church for 48 years, until his transition to Heaven in July 2012. This legacy lives on today in the Kirk children.  He comes from a legacy of five generations of gospel preachers and is currently an elder of Abundant Love Fellowship in Nashville, Tennessee.

After receiving his undergraduate degree from Texas Tech University, Onnnie was employed by Southwestern Publishing Company where he was the first minority to advance to upper level management.

Onnie has served on the board of WIOM (World Islamic Outreach Ministries), the Israel prayer chain, and on the committee for the Governors prayer breakfast. Beginning in 1994, Onnie began gathering men together at the Ryman Auditorium/ War Memorial for an early morning prayer time for the region three times a year, based on the scriptural foundation of Exodus 23:17. These tri-annual prayer gatherings continued until 2004. On May 19, 1996, Proclamation Sunday, leaders in the city were called together to proclaim the word of God over the cities industries of; music, education, publishing, media, finance, medicine, religion, and the corporate sector. From 2000 – 2006 an annual pastors-intercessors prayer supper was held at Christ Church to bring the body of Christ together for a time of agreement in prayer.

Onnie has ministered throughout the United States and internationally. He has published works entitled “The Hamitic Call”, “Once We Were Family”, and coordinated the publishing of “Contemporary Black America.”

His most recent book is “The Day Sonny Died,” which he co-authored with his eldest child, M. Simone Boyd. It Is a fictional-truth vividly unfolding the truth of fatherlessness and the hope in knowing the heavenly Father.

Onnie resides in Nashville with his remarkable wife of 42 years Margienell, their eight children (5 sons & 3 daughters), and five salient grandchildren who affectionately refer to him as Papa O.