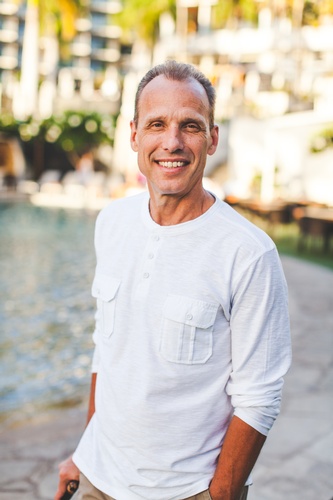 Robby McGee started off his business career with a band called MidSouth. In 1990 they were signed to an exclusive recording agreement with the Nashville based Word label, which was the largest Christian Music recording company at the time. In 1991, the band’s first recording, “Down to Earth,” which included several songs written by Robby, was nominated for a Grammy. And just a few years later, his song “Without You I Haven’t Got a Prayer,” won a Dove Award for 1994 Country Recorded Song of the Year. After leaving his career in the music industry, Robby took a position as a business executive at Cornerstone Church in Nashville, TN, and served there for 10 years. During his tenure, he oversaw the operational side of its congregational growth from 300-2500 people in attendance, as well as the acquisition and expansion of the churches 26-acre campus.  After his time with the church, he spent the next 10 years as the CEO of a non-profit organization with business operations in commercial real estate, annuities, equities and private placements. Throughout his career, he has owned and operated numerous businesses including publishing, real estate, and multiple transportation companies. Recently, in 2017, Robby launched McGee, Inc, a coaching/consulting business along with Emergence, a network of spirit led business owners and operators who connect through peer advisory boards that meet monthly in Texas, Tennessee and Georgia.  Robby serves various non-profit boards and loves using the gifts, talents and experiences God has given him to advance the Kingdom of God, and to help others identify and live out their purpose and divine destiny. He and his wife Vanessa have been married for 34 years, and have an amazing son and daughter-in-law who have blessed them with 3 incredible grandkids!